NEW SINGLE was released on 14th June – Both Sides Now and Let No Man Steal Your Thyme which are taken from Inspired EP which is out now and was launched on 4th July at Camden Chapel in London.

You can order Inspired, which includes tracks from Joni Mitchell, Tracy Chapman (Talking ‘Bout A Revolution), Lady Gaga (Joanne), Kate Bush (The Man With The Child In His Eyes), Sandy Denny (Who Knows Where The Time Goes) and the traditional Let No Man Steal Your Thyme, here.
First place to stream Let No Man Steal Your Thyme, thanks to Folk Radio UK, is here
First place to stream Both Sides Now, thanks to Laurel Canyon Music, is here

The EP has been produced by Tristano Galimberti and Zoe Wren, who sang all the vocals and played all the instruments

‘without a doubt one of the top three singer-songwriters that can loosely be labeled ‘folk’ who is making music right now. ….Despite just a handful of musicians and instruments Lauren’s production is warm and inviting, never busy and always accentuating the beauty in Zoe’s voice. It’s like hearing Joan Baez again for the first time. ….it’s a simply stunning piece of work’ Penny Black Magazine

‘I know Folk is a genre that wrestles for appeal but, when you see artists like Zoё Wren emerge; one knows Folk will get the attention it has always deserved….Not only are her lyrics captivating and picturesque: the music backing it does not plod and drag: it is a spirited and nuanced blend that makes the song a winner….I know her E.P. is being worked on right now – it will be out in February, I understand. She is working with Lauren Deakin Davies on it and that combination will lead to great results, for sure!
You can read the rather interesting review by Sam Liddicott’s Music Musings by clicking here

Congratulations to Zoe for winning a bursary from PRS Foundation as part of the Lynsey de Paul Women in Music prize !

A stunning gig from Zoe, will post some clips and photos soon!

Congratulations Zoe, fantastic! 1hr 55mins in on this link, available from 28th August for four weeks You can listen to the show by clicking here

Listen out on July 22nd 2016 for the first play of Zoe Wren’s new single release Nothing to See, which is coming out on August 5th. Zoe is performing at Cambridge Folk Festival on the Hitchin Folk Club session on Sunday 31st July.
Nothing to See is being played on Neil King’s Along the Tracks show which is broadcast on Blues and Roots Radio

Zoe WREN performed for us at our Festival in 2013, she was by the far the youngest act on our main stage and has performed at most of the events we have held ever since. We were delighted to record her debut EP Pandora’s Box (produced by Lauren Deakin Davies) and she has recorded songs specially for all three of our compilation albums. She is just starting to record her second EP ( Jan 2016)

“The far reaching consequence of opening Zoe Wren’s PANDORA BOX is not as the myth goes, detrimental, but the revealing of five beautifully sung songs blending a finesse voice with the soothing tones of acoustic strumming. This debut EP is a tantalising short collection presenting Zoe first and foremost to the folk world but with lashings of potential to work the cross genre songbook. She can sing quite comfortably in the classical traditional style and still retain a contemporary charm to captivate the listener” Three Chords and the Truth threechordsandthetruthuk.blogspot.co.uk/2014/09/zoe-wren-pandoras-box-folkstock-records.html

It takes an especially strong new voice to rise above the general hubbub of the current English folk song flashmob, but there’s a sort of inevitability about the way that clarity prevails over clamour. I first heard Zoë Wren’s voice in the very early days of Instrumental and I had not forgotten it. On Pandora’s Box, she debuts impressively with a five-song set that showcases a maturing voice and songs that have depth to match their indisputable charm.

If you are already conjuring up a cloudy image of a winsome folkette with wispy tunes and the disposition of a delicate flower, then let me dispel that waking dream of yours. Zoë Wren is, arguably, very young to be treading the boards in the folk dens of London town, but not too young to write songs like those contained in Pandora’s Box. They are indicative of a personality with patience to learn a craft, but one that also has the quick wit to bend it to a purpose. Wren has made these songs as a playwright might construct a play, and it’s this visible architecture that will make people stop, look and listen. Instrumental Magazine instrumentali.com/2014/08/22/zoe-wren-lifts-the-lid-on-a-box-of-delights/

ZOE WREN – Nothing to See

from DOWNTOWN – FSR22 – From Folkstock by Various Artists 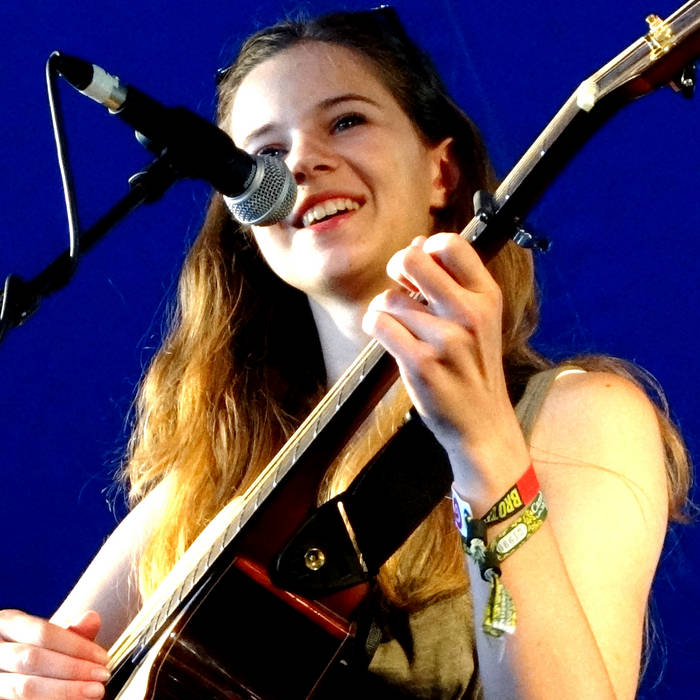 Zoe’s track is 5th on our specially commissioned DOWNTOWN compilation, which is free to download to everyone pre booking to see either of our Emerging Talent showcases as part of London Folk and Roots Festival on November. Just send your proof of purchase, print screen is fine, to folkstock@hotmail.co.uk. Zoe is performing as part of our Emerging Talent showcase on 11th November at The Islington.

Nothing to See is a song recorded especially for this compilation and previously unreleased. Written by Zoe Wren and produced by Tristano Galimberti this will further enhance Zoe’s growing reputation and Sue Marchant on BBC East of England has invited her in to sing the song live on 18th October. It will be on her debut album next year.Having just started a music degree at Cambridge University, Zoe released her debut EP Pandora’s Box in the middle of last year. Picked to perform on Stage 2 at Cambridge Folk Festival last year, Zoe is certainly attracting attention having supported various artists including Peter Knight’s Gigspanner at Cambridge Folk Club and Jim Causley at Hitchin Folk Club, as a result of winning the Best Newcomer award at Folkstock’s Love Folk Live Awards.

FATEA Magazine featured Zoe in their Autumn Showcase 2014 and her first headline gig was a sell out at Redbourn Folk Club in the summer. Powerful and pervasive, her songs hook you from the first line. “It takes an especially strong new voice to rise above the general hubbub of the current English folk song flashmob… Zoe showcases a maturing voice and songs that have depth to match their indisputable charm”. FATEA MAGAZINE

from The F Spot Femmes Fatales by Various Artists

Track 3. Zoë was invited to perform on Stage 2 in Brian McNeill’s Festival Session on Saturday at Cambridge Folk Festival this year after her floor spot at the festival in the Club tent on the Friday night. She has supported various artists including Peter Knight’s Gigspanner at Cambridge Folk Club as well as Jim Causley at Hitchin Folk Club, where she has been booked three times in one season, as a result of winning the Best Newcomer award at Folkstock’s Love Folk Live Awards. In 2013, Zoë also performed at Folkstock Festival and Standon Calling on the Folkstock Presents stage.
This track was released on Zoë’s debut EP Pandora’s Box on September 13th. The title track of the EP, Pandora’s Box is also available in the Fatea Autumn Showcase download”A Moment’s Madness” is an upbeat telling of the eponymous “moment of madness”, an act of dizzying but sunny regret by Zoe Wren. Despite it’s light-heartedness, like the previous track, it conjures up teenage youth, the feelings of uncertainty over steps taken, but also of the wonderful buoyancy and flexibility of not being set in our ways. It is a light track but the lyrics clearly grasp around some of the realities around true moments of madness (a kind of un-PC way that as a social worker I could describe breakdowns). It feels a little like the optimism of 90’s singer-songwriters that I miss during a humid afternoon in the office,”maybe I’ll spend my time wishing for something that once was mine, all for a moment’s madness one day”. A good song indicative of the quality of reflection that is so useful for folk writers.” Peter Taranaski Shedancesinthemind blog 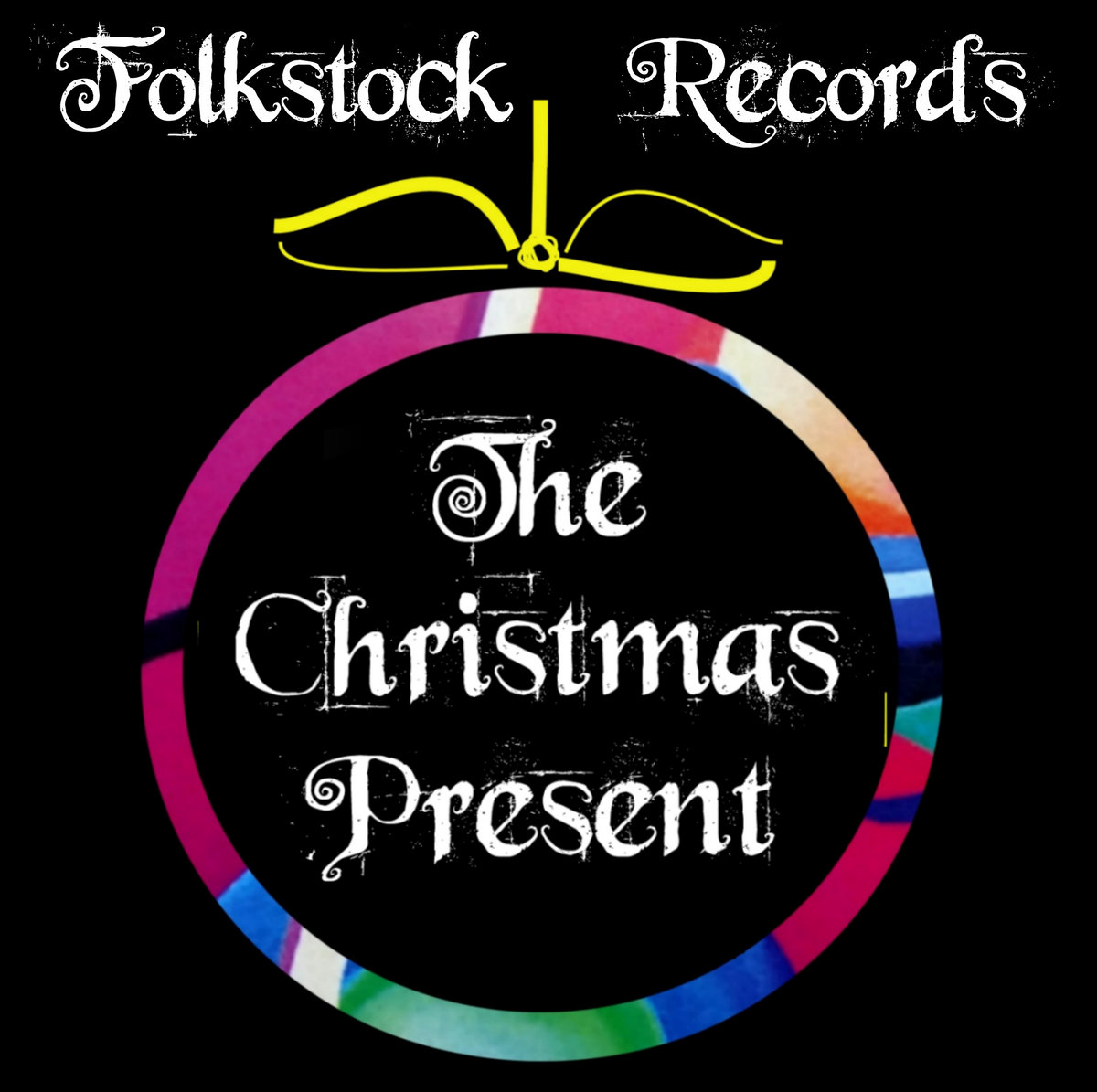 “Not a hint of yuletide treacle on this atmospheric, no frills compilation from a label that is nurturing some of our most promising folk talent. Balancing the religious and the secular, the playlist goes gently on it’s way. Minnie Birch’s Snowman and Kaity Rae’s Red Paper Wrapping tap into the spirit of midwinter; Kate Rouse’s Hammered Dulcimer underpins Daria Kulesh’s I Watch the Snow, Dave Swarbrick, a member of folk’s old guard helps out on John Farndon’s elegiac Peace in My Heart. There isn’t a weak link to be found” Clive Davis, The Sunday Times “Essential Christmas Releases” 14.12.14
” Zoe Wren has a voice that is crystal clear and laser precise and Snow White Lies does have a genuine winter feel about it. The way she sings it harks back to the heady days of the sixties in style and yet it also carries a feel of a time when songs were created in taverns and never written down but passed along by travelling balladeers.” Danny Farragher

Please keep in touch using the method which suits you best :)